Check out the Venice Arts Plaza for theatre and art! 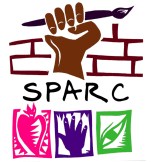 Edgemar Center for the Arts:  Edgemar Center for the Arts serves as collaborative rehearsal and performance space, and houses one of the top Los Angeles acting schools, helping to develop and prepare artists of all disciplines and experience levels. It is a space in which professional and classical theater productions, dance performances dance performances, visual arts and film works are performed. We are also one of the most recommended venues for Santa Monica theater and film location rentals. We believe in nurturing high level independent, experimental, and student works in various stages of development and is a collaborative workspace for all kinds of artists.  Take a look at our shows – Theatre In LA – Los Angeles.